The Braves are poised for success this year, following a successful 2020 season and the ensuing offseason. However, there is always room to improve, and the trade deadline in late July provides a means by which we could improve. As a fan, I love the trade deadline, and it may have been forgotten about after the anticlimactic deadline last year that was surrounded by the uncertainty caused by COVID-19. However, this season appears as it will proceed as an MLB season normally would, so it is never too early to scout out potential targets to improve our roster and get us over the hump to compete for a World Series 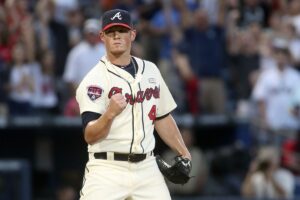 This one is the least likely, but it is fun to speculate about the former Braves All-Star. However, it may not even be beneficial for the Braves to acquire Kimbrel, who is owed $32 million over the next 2 seasons and is coming off a tough 2020, posting an ERA over 5. However, looking closely at his numbers, one can understand that Kimbrel’s struggles were overexaggerated; after moving out of the closer role on August 6, he only allowed 2 earned runs in 16 appearances. That is impressive, and if that is the Craig Kimbrel we are going to see, I would take him out of my bullpen. However, his contract is hefty, and I doubt the Braves are willing to take that load, and I certainly don’t blame them, but it is fun to think about the idea of listening to “Welcome to the Jungle” again when he comes out of the bullpen. 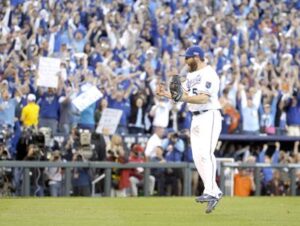 I feel like this guy has been on the Royals forever, but he is quietly a lockdown reliever. In his 10-year career, he has put up a stellar ERA of 2.90 with a FIP of just 2.76 and a WHIP of 1.18. In 2020, he continued adding to his legacy, posting an ERA at 1.91, with a FIP at 2.52 and a WHIP under 1.00. He is also on a cheap contract that expires at the end of the season, so the Royals have more incentive to trade him and acquire young talent. His mere $2.75 million contract and the fact that the Braves may need a relief arm after the departure of Mark Melancon and possibly Shane Greene, this trade seems to make sense for both sides. 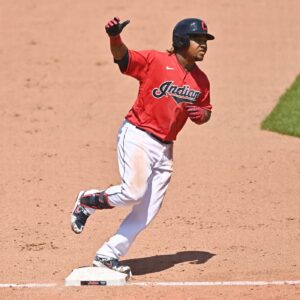 I hate the Cleveland Baseball Team. In the last 2 years, they have traded away so much talent in Trevor Bauer, Corey Kluber, and Francisco Lindor among others to cut payroll. I would hate to see Jose Ramirez added to this list, (unless of course, he is traded to the Braves) because he is an absolute stud. Ramirez led the MLB in WAR last season, per FanGraphs, posting an incredible WRC+ of 164. Ramirez holds a career WRC+ of 124 and would be an amazing addition to the Braves’ roster if Austin Riley fails to play at an adequate level. However, trading Ramirez does not necessarily cut too much payroll, as Ramirez is under club control for 3 more seasons where he is only owed $35 million, a quantity well under his market value. Additionally, the Baseball Team is still trying to be competitive this season, so they are less inclined to trade him. Therefore, I think it is fairly unlikely that the Baseball Team Trades him, but there is certainly a reality where the Baseball Team fails to be competitive and look to trade him to a Braves team that needs a stud third baseman and can give them a stable load of prospects in return. In this scenario, Ramirez would be a great addition to the roster. 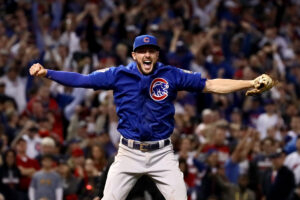 If the Braves trade for a 3rd Baseman, I would think that Bryant would be the target. Bryant is in the last year of his contract, and a Cubs team with deteriorating talent may look to trade him for a load of prospects to spurt their rebuild. With their current roster and situation, I am not sure if they would be able to retain him in free agency, so they might as well trade him and get value from the trade instead of letting them walk. There have already been plenty of trade rumors surrounding Bryant and teams like the Mets, so it is certainly not ridiculous to believe that the Cubs are looking to trade him and that the Braves, with a potential need at third base, could acquire him. Bryant is coming off his worst career season, we must remember that the former MVP is only 2 years removed from a season where he hit 30+ home runs and posted an OPS over .900. He is still a top tier third baseman in the league, and he will look to prove that again this season, and I would like to keep an eye out for him; acquiring a player of Bryant’s caliber if he is on his game will place the Braves to the next level, and will help us contend for a World Series.

Hawks Dominate Thunder to Extend Their Winning Streak to 7