The NFL Draft is only a day away! I put together 10 players the Falcons could target and where they may be drafted. 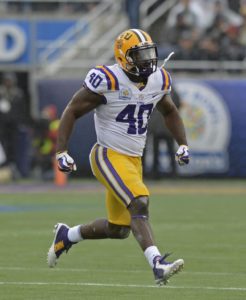 Devin White (LB): I have talked about White before and that’s because he is everything Dan Quinn loves on defense. White is lightning fast especially when it comes to closing speed. Dan Quinn also can’t help but take LSU Linebackers if they’re available. I don’t think we would trade up for White, but the Falcons have set themselves up for a best available player pick at 14. If Devin White is still on the board when it’s our pick, he will most certainly be the best player available and too rich for the Falcons to pass on. Last year we were shocked when they took Calvin Ridley in round one but that has already paid off. LB isn’t a glaring need but insurance for a possible Campbell departure would be nice. 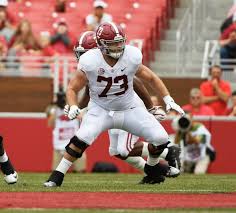 Jonah Williams (OT): This would be a very sensible pick. Not sexy like a Montez Sweat or Ed Oliver type player, but very smart. Matt Ryan got sacked 42 times last year which is second most in his career behind only 2013.He needs to be protected better and Williams would be a perfect fit to do so. The Bama boy is great in both pass and run blocking. He’s a competitor and hard worker. Seems like a prototype tackle to me. Not to mention the Falcons have had great success taking Alabama players in the first round. 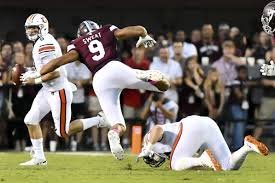 Montez Sweat (EDGE): Another speed rusher and I mean speed rusher. The guy is 6’5 and 240 lbs. and still put up a record setting 4.41 40-yard dash at the combine. Sweat would be fun to put in a Nascar package with the likes of Takk, Clay and Vic. A heart condition has come up weeks before the draft which may cause him to drop to us at 14, or even out of the first round. If all is good and well with his heart (which it seems to be), Sweat would be a great fit into the Falcons defense and would come at a bargain at pick 14 overall. 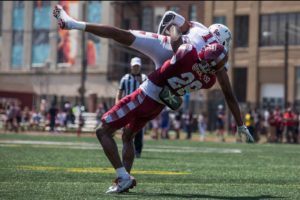 Rock Ya-Sin (CB): Temple tough is a phrase Dan Quinn likes to mutter and players that have that toughness are the type of guys Quinn looks for. Quinn also mentioned that he like how Rock was a State Champion wrestler in high school. That’s a good indication that Rock Ya-Sin can wrap up and tackle. He may be a little bit grabby, but a little hand fighting never hurt anyone, right? I believe the Raiders will take Rock Ya-Sin before we can get to him, but if not, I would be happy to see him come off the board at 45 to Atlanta. 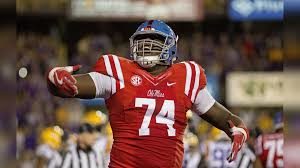 Greg Little (OT): At 6’5 350 lbs. Greg is anything but little. He has long arms and good feet. You would be surprised how good his feet are for being such a big guy. His balance isn’t the greatest, but overall Little has a pretty rounded game.I think Little could transition well into the NFL and compete for a day one starting gig. A lot of fans like Tytus Howard on the O line at 45, I also really like Little. 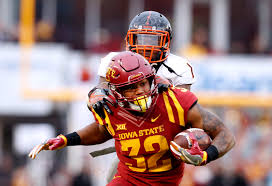 David Montgomery (RB): Montgomery will be the best RB out of this draft.He is shifty like Bell, powers through tackles and has great hands. Atlanta like little Running Backs and could use a little more size. At 5’11, 215 lbs. he may not seem like a bruiser but good luck telling him that. Montgomery forces missed tackles left and right and forces defenders to drag him to the turf. The guy is just flat out tough to tackle. Throw in his blocking ability and you get a well rounder running back. To wind up getting David Montgomery with our first pick in the 4th would with out a doubt be the steal of the draft. 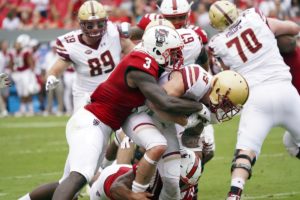 Germaine Pratt (LB): Pratt is a bursty runner and good in pass coverage. Although, his best attribute seems to be his sure tackling. When he gets to the ball carrier, it’s almost a sure thing that Pratt brings them down.He may not be the most polished LB in the class, but Dan Quinn is a great coach and adding him to a LB group that includes Deion Jones, De’vondre Campbell, Foyesdae Oluokun and Duke Riley would make for an easy transition into the NFL for Pratt. 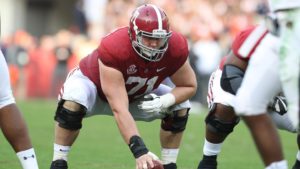 Ross Pierschbacher (IOL): I like Pierschbacher if we can get him in the 5th round for a few reasons. The first is his flexibility. He’s a guy that can play both at Guard and Center if need be. With Alex Mack nearing the end of his career, adding a guy like Pierschbacher to learn from a Pro-Bowler like Mack would be a great investment. I also like the fact he played for Alabama who consistently churns out NFL caliber players. The last thing to mention is his last name. I mean how can you not like a name like Pierschbacher?

Savion Smith (CB): The first thing that pops out with Smith is his ball hawking. Lat year we got a taste of the turnover with Krazy Kazee pulling in 7 interceptions. Savion is great at pinpointing the ball and bringing it down for a turnover.Smith is also a solid tackler and is fairly good in coverage. Savion may need some time to develop but that can be expected for a 6th or 7th rounder. 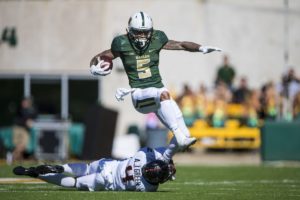 Jalen Hurd (WR/Returner): Hurd is a really interesting player to watch for in this draft. A wide receiver transitioned from running back out of Baylor with high football IQ. Having the high football IQ makes sense coming from a guy who successfully played 2 different positions in college. Hurd has great hands and vision of the field.He’s not the most technical route runner but makes up for it with his run after the catch ability. I like him to compete for a returning position, too. I believe he could be a playmaker to the likes of Will Fuller from the Texans. At the very least, he would add some spice to the end of the draft for the Falcons.

Falcons Beef up Offensive Line in Round 1